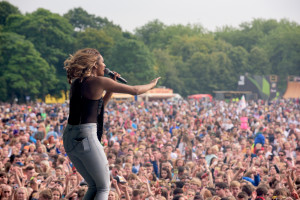 n inherently different festival representing the latest chapter of an ever-evolving global music city. With five days of world-class music the city welcomed record-breaking crowds with a series of astonishing shows that culminated in Europe’s largest free music festival, LIMF Summer Jam. Red Square Vodka presents Liverpool International Music Festival (LIMF) in a record-breaking third year as it welcomed approximately 150,000 visitors across the bank holiday weekend, to celebrate the music and culture of the city, the UK and the world.

Assistant Mayor and Cabinet Member for Culture Tourism and Events, Councilor Wendy Simon comments, “Without a doubt this has been our most successful LIMF to date. It feels like over a short time period of just three years the event has really evolved, and this year’s commissions and Summer Jam line-up have bee 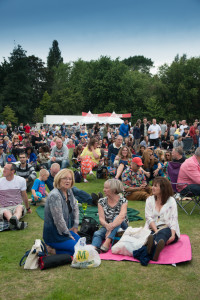 Packing in five days full of explorative workshops, Q&A’s and incredible performances via curated commissions and partnerships, plus Europe’s largest free outdoor music event on Sefton Park, LIMF has paid tribute to the rich musical heritage of Liverpool and beyond.

Highlights from the weekend included fanastic live performances from Basement Jaxx, Labrinth, Alesha Dixon, Laura Mvula, Katy B and homegrown legends The Echo & The Bunnymen with the Royal Liverpool Philharmonic Orchestra, accompanied by a pyrotechnic display. Exciting and rare sell-out shows included a journey through Liverpool’s mighty musical history at Routes Jukebox, the ‘King Of Motown’ Lamont Dozier with his captivating appearance and a very special tribute to the former Gil Scott Heron.

Thursday and day one of LIMF welcomed two sell out shows. The ‘King of Motown’ Lamont Dozier interviewed by fellow record-producer Steve Levine and radio presenter Richard, delighted in providing anecdotes from some of the labels best known tracks including Baby Love by Diana Ross & the Supremes. Over in the stunning St George’s Hall a host of international acts paid tribute to the legend of Gil Scott-Heron including Brooklyn rapper Talib Kweli, reggae legends Aswad, local chart toppers The Christians, poet and protege Malik & The O.G’s, Sophia Ben-Yousef and BBC Radio 6’s DJ Craig Charles 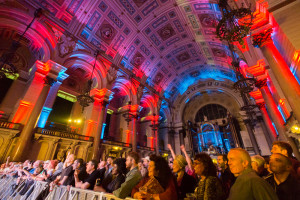 Day two, Friday saw further sell-out success with Routes Jukebox, an incredible show retracing the key influencing records that came to Liverpool from the U.S. with performance highlights from Dave McCabe & The Ramifications, Chris Difford, The Farm, Ian Prowse, Terri Walker and the all-star band that featured the likes of Paul Weller’s drummer, Steve White, Martyn Campbell of the Lightening Seeds and The Waterboy’s Richard Naiff on keys. Liverpool, Next Stop New York also kicked of their weekend of workshops, talks and live performances with a very special free launch party with Greg Wilson, Les Spaine and No Fakin’ taking to the decks in the breathtaking Palm House venu

Saturday in Sefton Park welcomed Liverpool’s residents and visitors, young and old for first day of LIMF Summer Jam. Record-breaking crowds enjoyed amazing main stage acts from UK garage maestro Artful Dodger to a headline performance from the incredible Basement Jaxx. Those wanting to keep the evening going headed to The Palm House for an unforgettable after party from Liverpool clubbing institution Circus whilst The Bluebird at the Bluecoat showcased a sell-out afternoon and evening of advice panels, workshops and performances.

With the bank holiday in full swing Sunday’s line-up at Sefton Park was the talk of the North West with live performances on the central stage in association with Juice Liverpool from headliners Labrinth and Katy B, as well as Naughty Boy, Becky Hill, Alesha Dixon, MiC Lowry and more. Highlights from the it’s Liverpool stage have to be the spine tingling talented all-female collaboration Herstory, which celebrated women in music in the city from Cilla Black right through to Atomic Kitten. The finale to this breathtaking performance featured a guest appearance from Big in Japan singer and culture cha 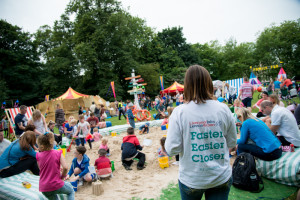 mpion Jayne Casey, singing in Liverpool for the first time in 30 years. The stage then came to a climatic end with local heroes The Real Thing performing a show-stopping set that saw thousands sing their greatest hits in unison with ‘You To be Are Everything’ and ‘Can You Feel The Force’. Sunday night at The Palm House pulled in the crowds for a night of electronic music from Lagos to LA via London programmed by Thristian & Blackfoot Phoenix of NTS/Boiler Room with The Global Roots International Mixtape. 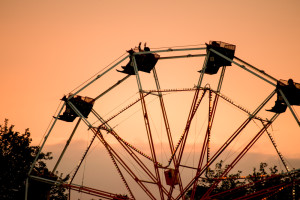 Monday’s finale was the perfect end to a exciting five days. The it’s Liverpool stage welcomed SKA, punk and the classic sounds of Space drawing in huge crowds whilst main stage acts Bipolar Sunshine, JP Cooper, Rae Morris and Laura Mvula warmed up for the hugely anticipated Echo & The Bunnymen who performed with the Royal Liverpool Philharmonic Orchestra meeting all expectations.

With a programme that attracts all walks of life, LIMF is proud to present a programme that is open to everyone. The Children & Family Zone proved incredibly popular with interactive theatre, face painting, exhibitions, workshops, sand castle building and more whilst the Bandstand showcased great performances from young and emerging talents. The year’s LIMF Academy has undoubt 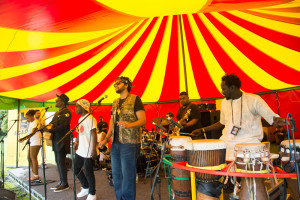 edly risen to new heights with dozens of Merseyside’s finest new artists performing to large crowds providing a platform to further their budding careers. Other exciting sections around the park included a fair, skate ramp and plenty of food and drink options to choose from and enjoy.

Overall the Liverpool International Music Festival 2015 was definiely one to remember, and we cannot wait to see what next year will bring.