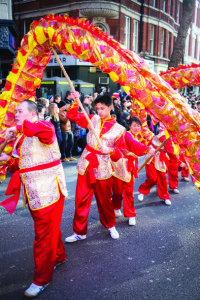 Chinese New Year 2015 marks the arrival of the Year of the Sheep. The festivities begin on Sunday morning, with a New Year’s Parade through London’s West End, before reaching its final destination in Chinatown.  An opening ceremony will officially launch the celebrations in Trafalgar Square, followed by an array of stage performances in the Square. A second stage on Shaftesbury Avenue in Chinatown will see performances from local and up-and-coming talent. Chinatown will also host traditional craft stalls and food stands.

For more information on restaurants and things to do in Chinatown please visit www.chinatownlondon.org