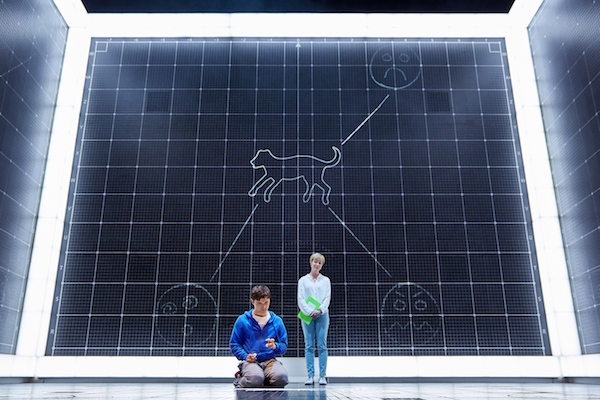 The Curious Incident of the Dog in the Night-Time, adapted from Mark Haddon’s best-selling book by Simon Stephens and directed by Marianne Elliott, begins this second major tour of the UK and Ireland in January 2017, its first phenomenally successful tour was seen by almost 400,000 people nationwide. Curious Incident tells the story of Christopher Boone, who is 15-years-old. He stands beside Mrs Shears’ dead dog, which has been speared with a garden fork, it is seven minutes after midnight and Christopher is under suspicion. Tickets are now on sale, www.atgtickets.com