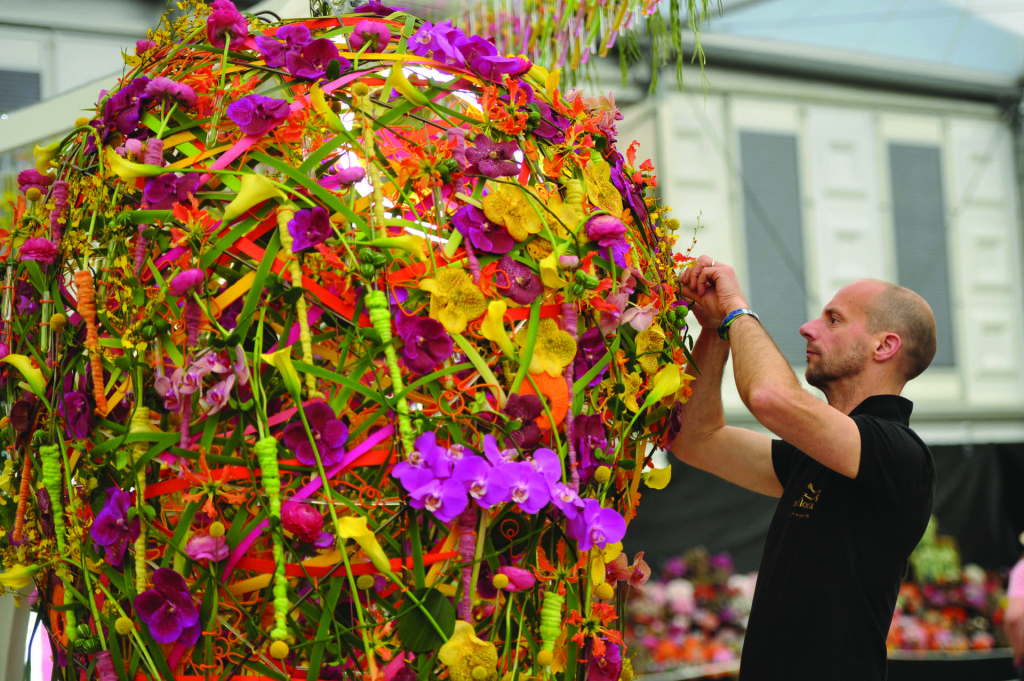 Nowhere combines flora and fashion, glamour and gardening quite like the RHS Chelsea Flower Show.

The prestigious show, which celebrated its centenary in 2013, has long brought together the who’s who of horticulture, royalty and celebrity.

With showpieces from gardening luminaries and award-winning designers, this year’s event promises even more stunning style and beautiful blooms.

Around 165,000 people are expected to flock to the show, held on the grounds of Royal Hospital Chelsea, over its five days from 19th to 23rd May.

Exhibitors will include Harrods with its Fragrance Garden, designed by Sheena Seeks – a celebration of perfume making and the success of technology in scent creation where all the plants used, including the grass in the turf, are involved in making fragrances.

Laurent-Perrier UK has teamed up with Chatsworth House to create a unique show garden, marking Chatsworth’s debut at Chelsea. Award-winning designer Dan Pearson has created a representation of a small, less trodden part of the 105 acre Chatsworth garden with planting that reflects the freshness and delicacy of the 200-year old family owned Champagne House. David Hesketh, Managing Director, Laurent-Perrier UK said: “There are many shared values between Laurent-Perrier and Chatsworth that make this partnership a natural fit from family ownership, being passed through generations, to pioneering spirit.”

Beauty house L’Occitane is also following a fragrance-theme for its showpiece, entitled A Perfumer’s Garden in Grasse. Designer James Basson said: “The garden will recreate the provençal hillsides and the history of the perfume industry and will include osmanthus, iris, bergamot, lavender, thyme, fig, rosemary, all key ingredients in the L’Occitane Grasse fragrance collection.”
The royal family has a strong connection to the show, with members attending the opening day every year. The Queen has attended all but 12 shows during her reign and is patron of the Royal Horticultural Society and in 2002 Prince Charles designed a Healing Garden with Jinny Blom comprised entirely of healing plants and natural remedies. Prince Harry’s charity, Sentebale, has also exhibited at the show and will be returning for 2015 with a garden entitled ‘Hope in Vulnerability’. 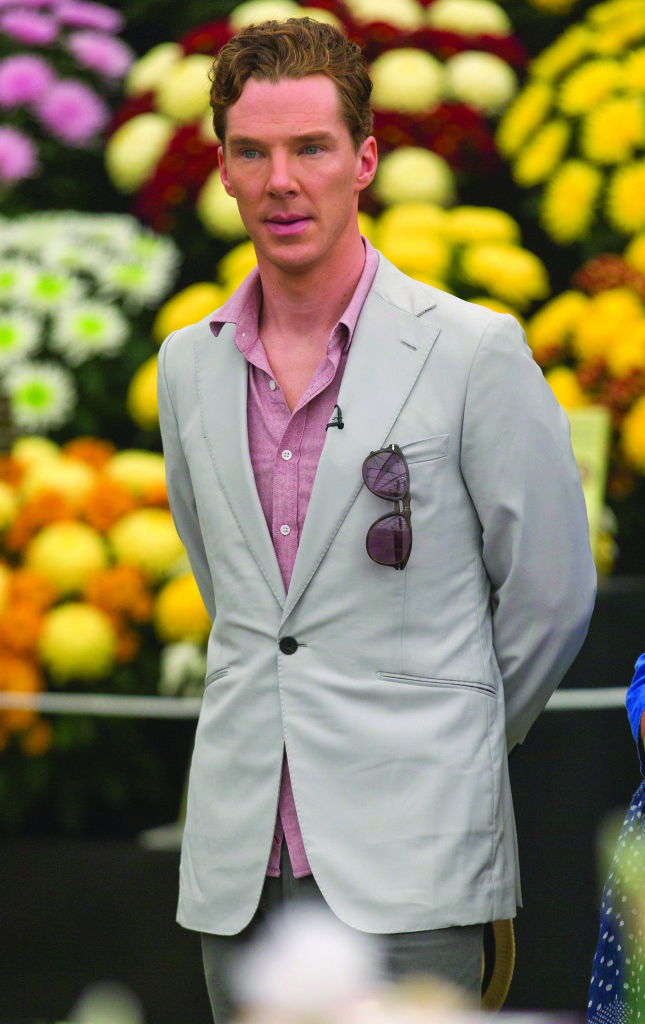 The show has attracted other famous faces including Sienna Miller in 2009, Benedict Cumberbatch in 2014, and a host of British television and big screen stars including Stephen Fry and Dame Helen Mirren.

It has also enticed the world’s top fashion designers to turn their talents to horticulture. In 2008 fashion designer and passionate gardener Manolo Blahnik designed the show’s creative, and in 2014 Gucci earned a silver gilt medal in the Fresh Gardens category, with a design inspired by the Flora print created especially for Princess Grace of Monaco in 1966. In 1998 Karl Largerfield created a Chanel garden dedicated to Coco’s classic and much-loved camellia (it cost £1m to construct, at the time the most expensive garden ever exhibited at the show), and in 2010 a piece entitled Christian before Dior recreated a garden he designed as a 15-year-old at his family home in Normandy.

The show’s centrepiece Great Pavilion, which at roughly 11,775 square meters is big enough to park 500 London buses, will house an international horticultural spectacle, featuring some of Britain’s best nurseries as well as highlighting the origin of global plants and their cultural associations.

The Great Pavilion will be bursting with more than 100 other exhibits from the world’s best nurseries, growers, florists, specialist societies, horticultural colleges and scientific institutions, making it a must-see attraction.

Newly-appointed show manager Tom Harfleet said: “Having been a visitor to the RHS Chelsea Flower Show since my early teens, I’m thrilled to be joining the RHS and becoming custodian of such a fantastic event. In my eyes, Chelsea has always been the pinnacle of gardening so it is an incredible honour to become show manager.”

Although a largely genteel affair of frocks and flowers, the show has had its more unusual moments. In 2009 BBC Top Gear’s James May created a garden made entirely out of plasticine and in 2010 the Urban Ace of Diamonds garden designed by David Domoney needed extra security to guard £20 million worth of jewels littering the planting.

During its centenary show, a lifelong ban on gnomes was lifted for one year only. Celebrities including Elton John, Dame Maggie Smith and Dame Helen Mirren were invited to decorate gnomes which were then auctioned off to raise money for the RHS Campaign for School Gardening, raising £27,000. The show can also claim to be responsible for introducing Japanese dwarf trees, now known as bonsai, to British gardening, as they were first seen in the UK at the first show in 1913.

The RHS Chelsea Flower Show has grown from 244 exhibitors to over 500 today, and its popularity shows no signs of fading. This year’s event is sure to be blooming beautiful once again.