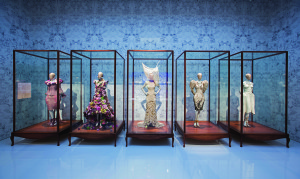 As Alexander McQueen: Savage Beauty plots its course to become the Victoria & Albert Museum’s most popular exhibition ever, we go behind the scenes with Senior Research Assistant, Kate Bethune

As Alexander McQueen: Savage Beauty plots its course to become the Victoria & Albert Museum’s most popular exhibition ever, we go behind the scenes with Senior Research Assistant, Kate Bethune

As the first and largest retrospective of the late designer’s work to be presented in Europe, it’s perhaps not surprising that Alexander McQueen: Savage Beauty has broken the V&A’s record for the most ever advance sales since it went on sale last year. So far, fans from every continent and 57 different countries around the world have snapped up tickets for a chance to see the work of the visionary fashion designer Lee Alexander McQueen.
“Savage Beauty sold more tickets in advance of the doors opening than any other V&A exhibition, with 83,910 tickets sold before it opened on 14 March,” said Senior Research Assistant, Kate Bethune. “David Bowie is sold 67,000 tickets at the point of opening, which at the time was three times the advance sales of any other V&A exhibition.
“We expected the exhibition to be extremely popular and have learned lessons from holding such sell out exhibitions as David Bowie is and Hollywood Costume as to how to best manage demand. We strongly recommend people book their tickets in advance but there are 200 tickets released daily which are available to purchase in person at the museum,” she added.
Originated by the Costume Institute at the Metropolitan Museum of Art in New York in 2011, the exhibition spans McQueen’s womenswear ranges from his 1992 MA graduate collection to his unfinished A/W 2010 collection. One of the most innovative designers of his generation, McQueen combined a profound grasp of tailoring, craftsmanship of the highest level and eclectic range of influences with a relentless pursuit to challenge the boundaries of art and fashion.
Ms Bethune said: “The V&A is delighted to give a new audience the opportunity to see the largest ever retrospective on McQueen, which celebrates his inimitable creative talent. McQueen combined craftsmanship of the highest level with showmanship. He amazed with the range of materials he used – for example dresses made from hand-painted microscope slides and razor clam shells – and he astonished with his avant-garde catwalk shows, which combined elaborate narratives, installation, music and film.” 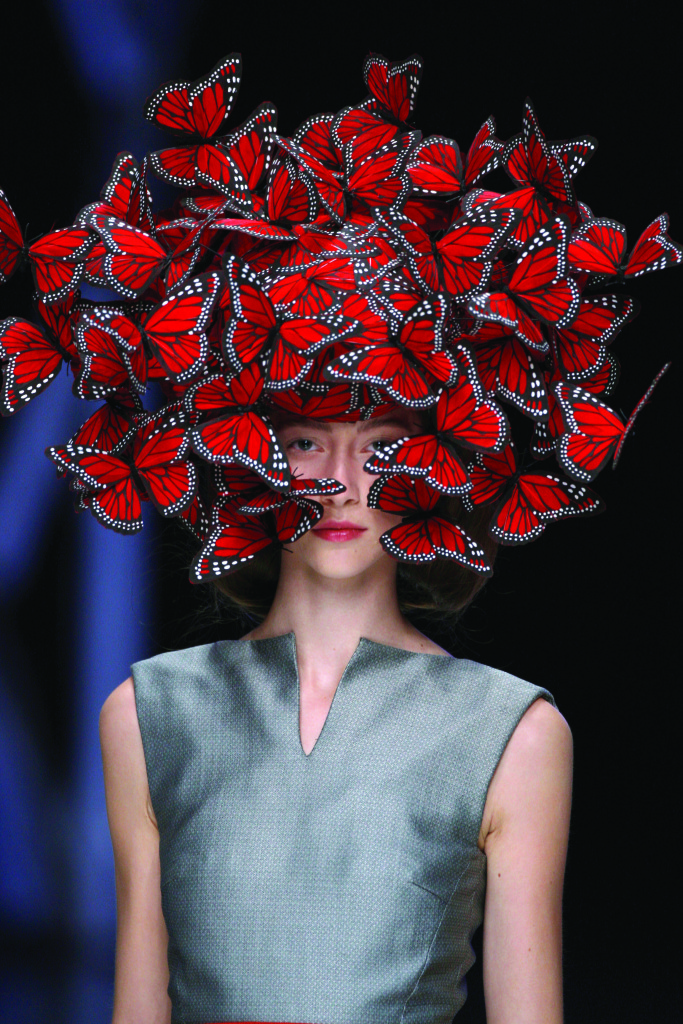 In addition to being born, trained and basing his business in London, McQueen also had a longstanding relationship with the V&A itself, visiting the museum as a child, and studying garments in its Textiles and Fashion archives and galleries when he was a student at Central Saint Martins. The V&A also presented McQueen’s No.13 collection (S/S 1999) as part of the Fashion in Motion series, and featured his work in the 2001 Radical Fashion exhibition.

“It has been the dream of both Martin Roth, Director of the V&A, and Claire Wilcox, the Museum’s Senior Curator of Fashion, to bring Savage Beauty to the V&A, the UK’s home of fashion,” said Kate Bethune. “McQueen’s connections with London and the V&A are strong and we felt it important that his visionary body of work was presented in the UK.
“McQueen’s lasting influence was to cement London’s reputation as a global fashion city,” she added. “His bold ideas and fierce visions changed the landscape of how people view vision and continue to astonish and inspire a new generation of creatives.”
In recognition of Savage Beauty’s new home and its influence on McQueen’s career and life, Creative Director Sam Gainsbury and Production Designer Joseph Bennett have redesigned the exhibition at the V&A with Anna Whiting as Consultant Producer, following their collaboration on the original exhibition in 2011.
“The V&A’s exhibition spaces are a third larger and we have added 66 garments and accessories to the curation,” said Bethune. “Most of these are displayed in the Cabinet of Curiosities, which has been expanded to fill our double-height gallery. Over 120 accessories and show pieces are displayed in this space, in addition to 27 screens showing footage from many of McQueen’s catwalk shows.”
A new ‘London’ gallery at the start of the retrospective also focuses on McQueen’s roots and his early development as a designer.
“This section tells the story of a time before he was famous and when he was without funds to invest in expensive materials and elaborate catwalks shows,” added Bethune. “It presents 10 rare, early designs, some of which have never been displayed since they were shown on the catwalk.”
These important designs from McQueen’s impactful first seven collections will be displayed alongside footage from The Birds (S/S 1995), Highland Rape (A/W 1995) and The Hunger (S/S 1996) catwalk shows. A dedicated gallery has also been built to recreate on a larger scale McQueen’s most memorable catwalk finale, when Kate Moss appeared as an ethereal spectre on a glass pyramid at the end of The Widows of Culloden (A/W 2006) show. 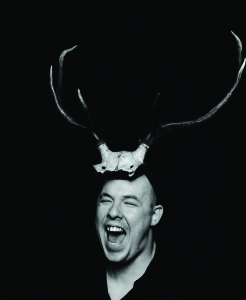 Kate Bethune concludes: “We want visitors to leave understanding why McQueen was one of the most important and influential designers of his generation. The opportunity to study McQueen’s garments first-hand in the archive, and to understand their construction and intriguing material qualities, stands out as one of the biggest highlights of working on this project.”

Alexander McQueen: Savage Beauty, in partnership with Swarovski, supported by American Express, with thanks to M?A?C Cosmetics and made possible with the co-operation of Alexander McQueen, runs from 14 March – 2 August 2015. For more information and tickets visit www.vam.ac.uk/savagebeauty