The Home of Fine Yachting 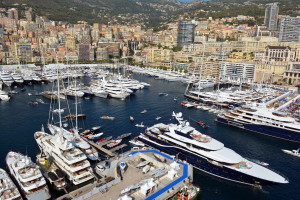 The Monaco Yacht Show displays some of the newest and most luxurious yachts in the world. This year’s show at Port Hercules will welcome visitors from 23rd September – 26th September and will be extra special, as it’s a celebration of its quarter century. It will be the largest ever event, unveiling a record-breaking showcase of 120 spectacular super yachts afloat. Not only will this year see its 25th anniversary, The Monaco Yacht Show will also have a whole new look with extra berths and a reorganisation of the exhibition area.

Before this event developed, Monaco had no flagship yachting event of its own, despite already being the international meeting point for yacht owners. Their broker agents would come to Port Hercules to discuss sale, charter and refitting. Deals were made, contracts were signed and n

ew yachts were built. As a result the local authorities decided they should develop yacht business activities at the iconic venue and today, the yacht show is still growing strong.

The first edition of the Monaco Yacht Show in 1991 saw the entire event staged along Quai des Etats-Unis with approximately 50 exhibiting companies, mainly from Monaco and the French Riviera. Only a handful of foreign companies took stands and 30 yachts with an average length of 32 metres were available for viewing. Today the show has grown and blossomed – just a little.

It is now known as the world’s premier super yacht event and the expected average size of the yachts this year exceeds 47 metres. Five hundred exhibiting companies will display their most innovative, tailor-made products and services in luxury yachting. Exhibitors include Drettmann, Oyster Yachts, Sunseeker Monaco, Silveryachts and many more.

“The demand for space at MYS has been a challenge to us for more than 10 years,” said Gaël 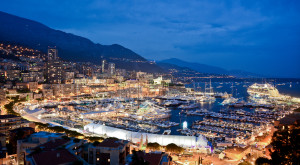 le Tallarida, Managing Director of the Monaco Yacht Show. “The improving global economy and expanding demand in developing economies for exclusive products and services, including super yachts, was full of meaning for us and for Monaco also.

“Jointly with the Monaco Government, the MYS has been able to extend its show footprint, enabling us to again welcome the elite of the international super yacht community not only to an expanded MYS but Monaco itself, the world capital of yachting.” 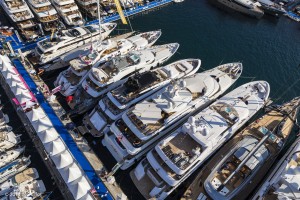 m2 of surface area divided into two air-conditioned tents. The first; Quai Antoine 1er A will have an area of 2,425 m2 and the second known as Quai Antoine 1er B given over especially to the members of HISWA, will be smaller offering 400 M2 of space.

Being part of the Monaco Yacht Show is fantastic for many in the industry and as the industry expands there are many new faces eager to share in the excitement. In recent years there has been an increase in the younger buyer entering the super yacht market. Today, visitors are not only flying in from the USA or driving in from mainstream Europe – wealthy visitors are flocking to Monaco from all over the world. For many years the world of super yachting had been a best kept secret, but now the secret is certainly out.

Much of this new wave of excitement has come about following an awareness programme devised and implemented by show organisers working with partners in the Far East. It has created a better understanding by introducing the super yacht concept to an awakening audience. Organising events like Monaco Week in Shanghai and Beijing during June 2015 promoted Monaco as a destination and also the super yacht industry. Working with the Monaco Embassy in China and Chinese Media Partner, Blu Inc Media, has done much to attract the vis 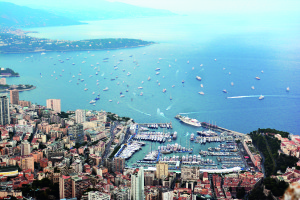 itor from the Orient.

Specifically catering to that marketplace, the organisers have created the Sapphire Experience Pack. This limited edition series of just 100 packs has been reserved for the most illustrious of clients visiting the show. It allows them to enjoy an all-inclusive visit to the show that will include the boarding of super yachts, with lunch and champagne offered at th
e Upper Deck Lounge and includes an invitation to the MYS Gala Inaugural Party.

The Monaco Yacht Show 2015 will be the most exciting and spectacular event yet.